New Zealand surfer James Civil died when he was hit by a tidal wave while surfing, in front of his wife and six-month-old daughter. The tragic event took place in Aramoana Spit, New Zealand. James had recently finished competing in a Herb and Paro Surf competition, when he returned to the water to ride the waves in freedom, without judges, dragged to the bottom by a powerful tidal wave: the rescuers could not do anything, despite even the arrival of a helicopter.

Civil was considered among the most experienced surfers. Lyndon Fairbairn, a friend of Civil, said: "We were all blown away: he was fit, healthy and could ride big waves." Following the event, the South Coast Boardriders Association started a fundraiser to help the 35-year-old's family: $ 32,000 had already been raised in the first 13 hours.

The community of local surfers is gathering around the affections of a man respected by all. 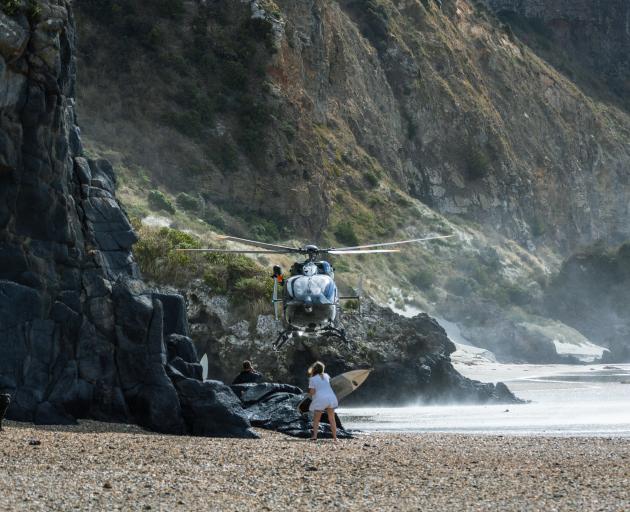 David Beckham was the victim of a home burglary. In fact, thieves would have sneaked into the London home of the former Manchester Uniter, Real Madrid, Milan, PSG and Los Angeles Galaxy player, while Beckham himself, his wife Victoria and daughter Harper were at home.

The theft was discovered by his son Cruz, who returned to the house in Holland Park, after a night out with his friends. Sun said Cruz would have noticed a ransacked room, then a window with broken glass, through which the thief (or thieves) would have entered: both fashion clothes and electronic devices would have been stolen.

Beckham's family has not released any statements but sources close to the family describe the former Ebgland player shaken by the invasion of his privacy. According to the ranking drawn up by the US magazine Forbes, he was, as happened in several previous years, the highest paid footballer in the world in 2012, with a profit of forty-six million dollars.

He is married to former Spice Girls Victoria Adams. The couple have four children and, according to 2012 estimates published by The Sunday Times, have assets of around £ 190 million. In 2015, the US magazine People placed him in first place in the ranking of the most beautiful men on the planet. In 2018 he was awarded the UEFA President's Award by the UEFA President.