Kuliak was on the podium alongside the Ukrainian Illia Kovtun, winner of the race. Kuliak's T-shirt with the Z could be considered a violation of the Code of Conduct of the Fig, urged to intervene in this regard. From today, Russian and Belarusian athletes, including judges, will no longer be able to participate in international competitions following the ban imposed by the federation as measures aimed at preserving the integrity of gymnastics, the safety of all athletes and to combat all forms of violence.

and sports injustice. Furthermore, the International Gymnastics Federation said it had opened disciplinary proceedings against Kuliak for his shocking behavior. 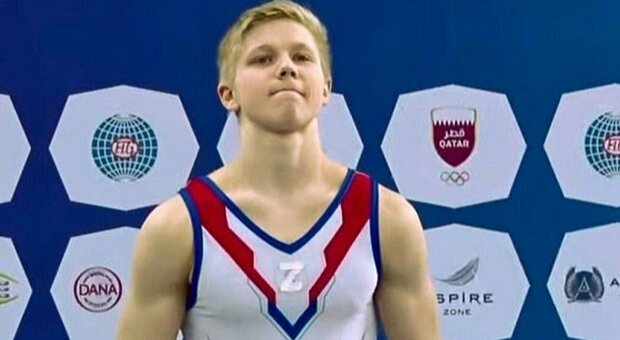 The latest on the Russian invasion of Ukraine

China is ready to play a constructive role in the crisis in Ukraine and to work with the international community for necessary mediation, as stated by the Chinese foreign minister, Wang Yi, during the annual press conference on the sidelines of the National Assembly.

of the people, the Chinese Parliament. Russia announced today that it will open humanitarian corridors to allow the evacuation of civilians from several Ukrainian cities that are experiencing heavy fighting, including the capital Kiev and the besieged port city Mariupol.

The Russian armed forces explain that the decision comes after a request to this effect from French President Emmanuel Macron to Russian leader Vladimir Putin. Humanitarian corridors are planned from Kiev, Mariupol, Kharkiv and Sumy.

An area in the Odessa region was the subject of a Russian missile attack from the sea, according to a video posted by the Odessa Regional Military Administration's operational headquarters. Sky News reports. Russia is recruiting Syrian mercenaries with experience in urban warfare to fight in Ukraine.

This is what the Wall Street Journal reports which quotes four US officials. Some fighters, says the newspaper, are already in Russia, present on both sides of the front in Ukraine. Russia has been involved in the Syrian conflict alongside President Bashar al-Assad's regime since 2015.

TODAY'S MOST POPULAR
WWE
Eric Bischoff opposed to the return of Brock Lesnar
The Russian Natela Dzalamidze bypasses the rules and participates at Wimbledon
Baron Corbin accused of murder against Rey Mysterio
Ubisoft secretly unveiled a remaster of the first Assassin’s Creed
Madrid shows interest in hosting F1 race
Cody Stamann after K.O victory: It’s like getting a monkey off my back
McGregor hints at rematch against Mayweather
Russia sends dollar-bond in roubles as it looks set to defy sanctions
Wall St. climbs over 2 per cent after Fed stress test at end of strong week
Zinedine Zidane: Of course I want to be France coach! And I will be
THIS WEEK MOST POPULAR
WWE
Bill Apter: "Here is Brock Lesnar's motives for the come back"
Davydenko: "Basel will be Roger Federer's last tournament"
Courteney Cox says there will be no more "Friends" reunions
Volkswagen found itself in big trouble: Sales fell by a quarter
Alexander Zverev: "I don't know if I'll be at the US Open"
Alex Corretja on Novak Djokovic: I think he's going to be super difficult to beat
Facebook is preparing big changes
Gates: ‘The world will be hit by a much more dangerous pandemic than Covid'
Ashleigh Barty: "I won Wimbledon with an abdominal tear"
Dave Hebner dies at 73